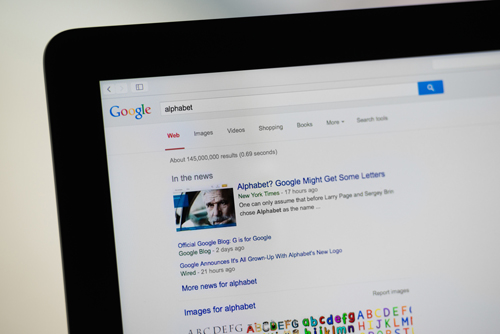 07 SepGOOGLE AND THE NEW PARENT

It started out as a company that did internet search but Google, like other technology companies Facebook and Amazon, has become a Silicon Valley behemoth which has branched out from its core business into everything from smart robotics to pharmaceuticals to human longevity. While it clearly wants to push the boundaries and be innovative, is the launch of parent company Alphabet, the right move for the company?

The corporate rebrand that is Alphabet is a result of the startling and massive growth of Google.  With pressure from Wall Street, CEO Larry Page has recognised that by reorganising under a new name, this will give Google the opportunity to separate moneymaking businesses from the left-of-centre ‘moonshot’ projects.  Alphabet is essentially the new parent entity, overseeing the operations of a number of independent companies.  This will allow Google to get back to doing what it does it best and refocus on its core mission which is “to organize the world’s information and make it universally accessible and useful.”

Clearly the restructuring is a big story and a significant change from the current set up with Google in charge of diverse companies, some of which are a world apart from the core search engine business.  Page has said the change will allow for cleaner operations and more accountability to its shareholders.  It would seem that whatever the reason, the restructure will appease investors who might have been somewhat ruffled by Google’s increasingly weird investments – beekeeping anyone?

The separation of the pet projects and speculative technologies from the moneymaking core online businesses – Web search, Android, YouTube, Maps et al – will mean shareholders will have a much better idea of what is happening at the company.

At the helm of parent company will be CEO Larry Page with his co-founder Sergey Brin as President while Sundar Pichai, Google’s product maestro becomes CEO of the Google Business.  Google finances will be more efficient in the long term and its revenue stream will continue unhindered and unburdened by eccentric investments.

Ultimately, this is the right move for the company because it is after all a technology company.  And in the technology industry, innovative and revolutionary ideas will drive the next big growth area. Alphabet will give some of the wilder, passionate ideas greater transparency.  After all, Google doesn’t want to become a dated internet platform.